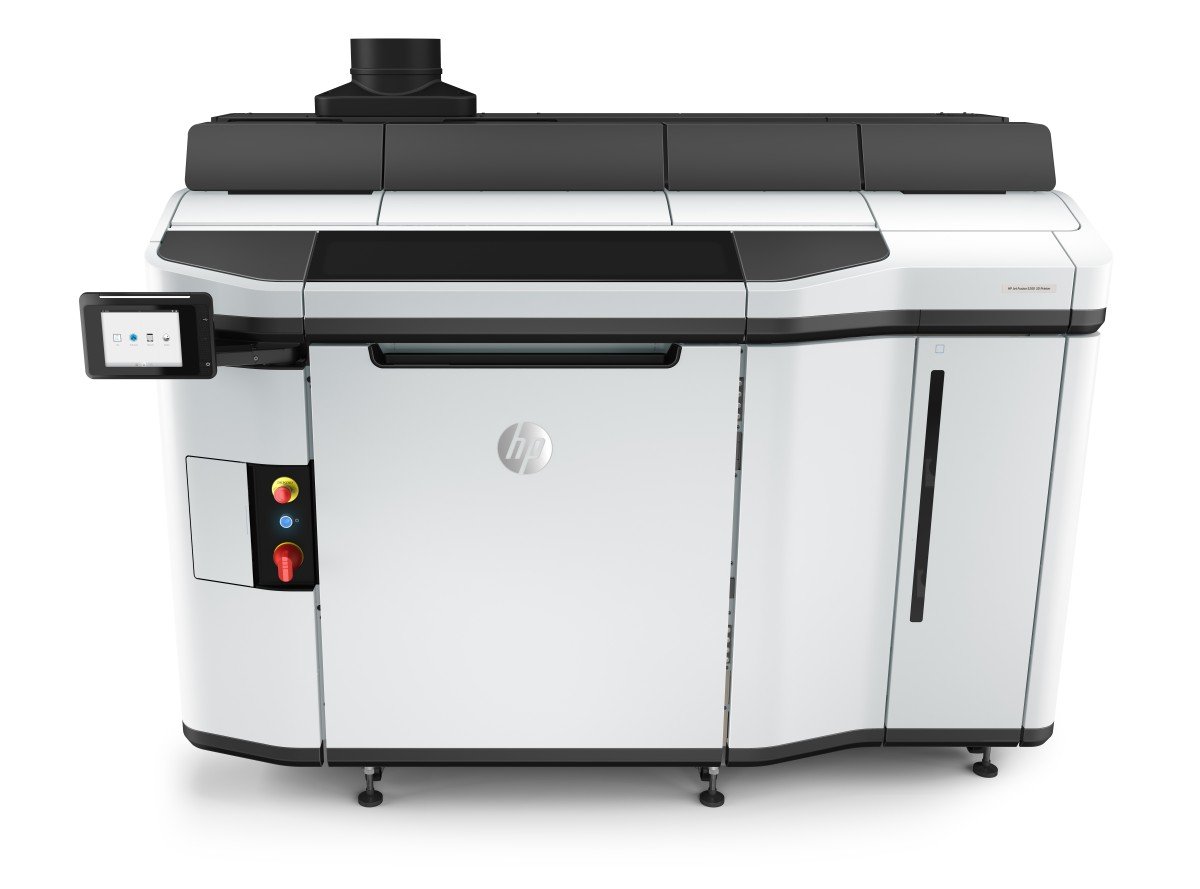 One of the most exhilarating parts of watching emerging technologies is watching how the technology itself evolves, but also the way it pushes the industries it supports or impacts to evolve as well. 3D printing is no different. What makes watching additive manufacturing so exciting is that its relationship with the industries utilizing it is symbiotic. Not only are the industries using the tech pushing 3D printer manufacturers to revolutionize and optimize their machines and materials, but those changes are enabling new uses across multiple industries.

HP’s MJF 3D printer combines multiple types of 3D printing technologies including binder jetting and powder fusion. That combination enabled the printer to move faster than any other printer on the market. An x-moving carriage jets material to form a bed. Then, a y-moving carriage consisting of an array of thousands of tiny nozzles jets “chemical agents” onto the initial layer deposited by the x-moving carriage. The first carriage then emits a shot of energy to fuse the layer while depositing the next layer of material. As a result, the MJF process delivers speed and control that has yet to be matched by any other 3D printing process.

How is HP 3D Different?

As noted above, one of the primary ways that the HP 3D Multi-Jet Fusion printer is different is its speed. However, that’s not the only way HP’s 3D printer differentiates itself in the market. HP’s 3D MJF Printer also offers:

While MJF competitors hover around 50% of material viable for reuse, MJF printers range from 70-90%.

Time (and material) saved in production and post-production, means you’re saving money. The HP Multi Jet Fusion printers have the lowest cost per part of any 3D printer.

When compared to other 3D printing options, the multi-jet fusion printer produces crisper edges and smoother finishes producing high-quality parts that save you time in post-processing procedures. 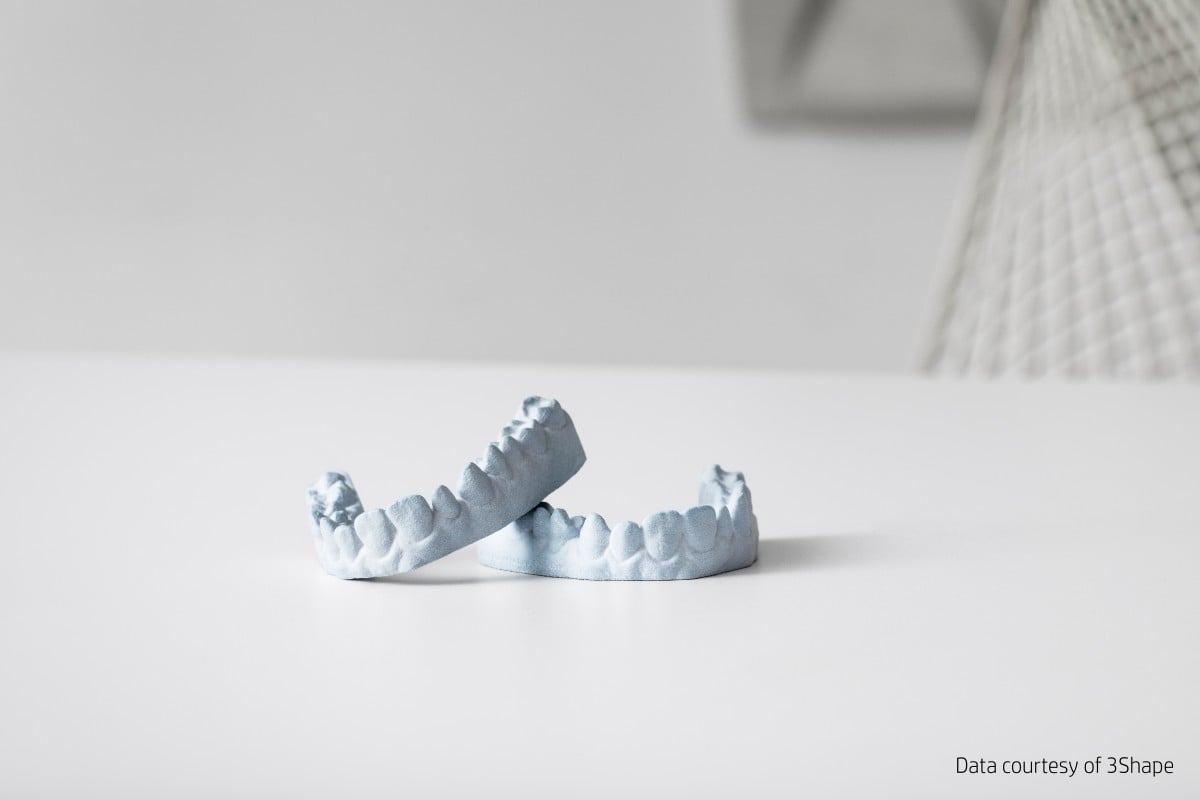 What Industries Use HP 3D?

These days, many industries currently use 3D printing in some way or see the potential for it to impact their industry in the future. A good number of industries are using 3D printing to supply on-demand parts, parts that are complex and specialized, low production parts, prototypes, and parts that are costly to make via traditional manufacturing. Currently, the following industries (and more) utilize 3D printing:

While certainly not an exhaustive list, it does give an idea of the versatility of 3D printing and the creativity of designers in discovering new ways to leverage 3D printing technology.

HP 3D Applications from the Factory and More

Understanding the variety of industries making use of additive manufacturing is important; however, many people don’t fully understand its versatility or how ubiquitous 3D printed products are until we start discussing how = industries are using the technology. Let’s take a look at a few of the practical applications for the industries noted above:

As noted above, aerospace and defense industries are among those using additive manufacturing to produce small-batch on-demand products for tooling as well as high precision parts with tight tolerances that are also flightworthy. It’s also being utilized for brackets, jigs, as well as prototyping. The key aspect of the aerospace and defense industries is that the parts must be strong, durable, and lightweight. Further, parts must be able to withstand extreme temperatures both during use and in the maintenance, repair, and operations process (MRO). 3D printed parts meet all of those strict requirements and are quite versatile in this arena.

For individuals not in the industrial or manufacturing sectors, consumer goods are among the most interesting 3D products because people interact with them regularly. One of the biggest potential uses in the consumer goods industry is the ability, in the future, for stores to create on-demand customized products. For now, though, consumer goods examples include:

What makes some of the educational uses so exciting is that one of the primary challenges facing the additive manufacturing industry currently is skilled workers. 3D printing in the educational setting introduces students to technology preparing them to become the innovators of the future. For the time being though, educational applications include building objects and recreating objects for study:

One of the biggest concerns in the electronics industry is the ability to create parts that are electrostatic discharge safe and that’s something that specific 3D printing materials afford. HP is strong at producing structural components of electronic products such as:

In the energy industry, 3D printing’s biggest use is in rapid prototyping. The gas and oil industries are hyper-competitive and driven by strict regulations and guidelines, so there is no time to waste when there’s a complex part needed to improve production, safety, or meet environmental standards. Some of the parts additive manufacturing is used to produce includes:

Given that so many other industries are printing small batch or specialized hardware for repair or production, it makes sense that the hardware industry itself would be one of the largest growing industries to use additive manufacturing. Not only does it allow them to create on-demand, specialized, and complex parts that may be either out of production or small batch (and therefore a long wait for a part to come in), but it also allows for considerable innovation. As metal printing expands, expect there to be even more growth.

Because it is used in so many ways, even across other industries, it’d be difficult (or at least lengthy) to list all the parts hardware manufacturers are producing using 3D printing. 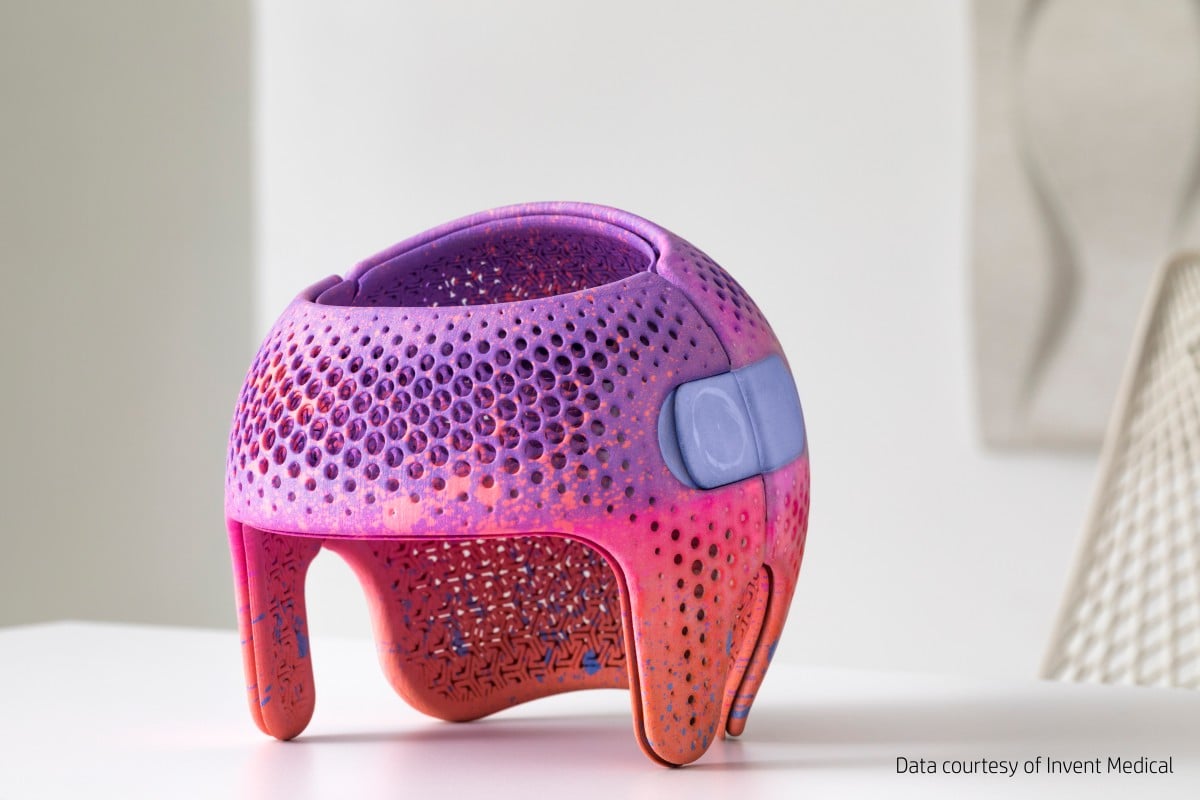 The medical and dental industries see two specific benefits. The first is in training and education where 3D printed objects can be used to help students work on replicated parts to practice procedures. However, the use isn’t limited to education. One of the biggest advantages of 3D printing in medicine and dentistry is the ability to create patient-specific, customized devices. Additive manufacturing is being used in significant ways in both fields.

As with other industries, one of the advantages of additive manufacturing is being able to create parts on demand. When one considers that 2.7 million robots are being used in factories around the world, it should come as no surprise that parts to help with tooling and repair are in high demand. Additive manufacturing can enable factories employing robotics to get back up and running or solve unique problems without waiting for traditional manufacturing where solutions and parts may only be run in small batches.

Because robots and robotics are often designed for specific tasks or roles within a manufacturing space, the primary role of 3D printing here is similar to that of the hardware space. It’s a wide variety of customized tools, fittings, and machining that in normal circumstances would slow down repairs, production, or improvements.

Perhaps one of the most exciting aspects of additive manufacturing, right now, is the speed at which technology is changing and growing. As different industries discover applications for additive manufacturing it feeds innovation in other industries. As 3D printing companies like HP develop new technology like multi-jet fusion and new materials, more applications are discovered. It’s a constantly evolving landscape that promises significant and continued growth and, given the benefits, a lot of potential for industries that may not even be using the technology yet.

If you’re interested in exploring how 3D printing can improve your business or provide new opportunities, get in touch with the TPM team today. Our experts are ready to help you figure out how to leverage technology to boost your bottom line.