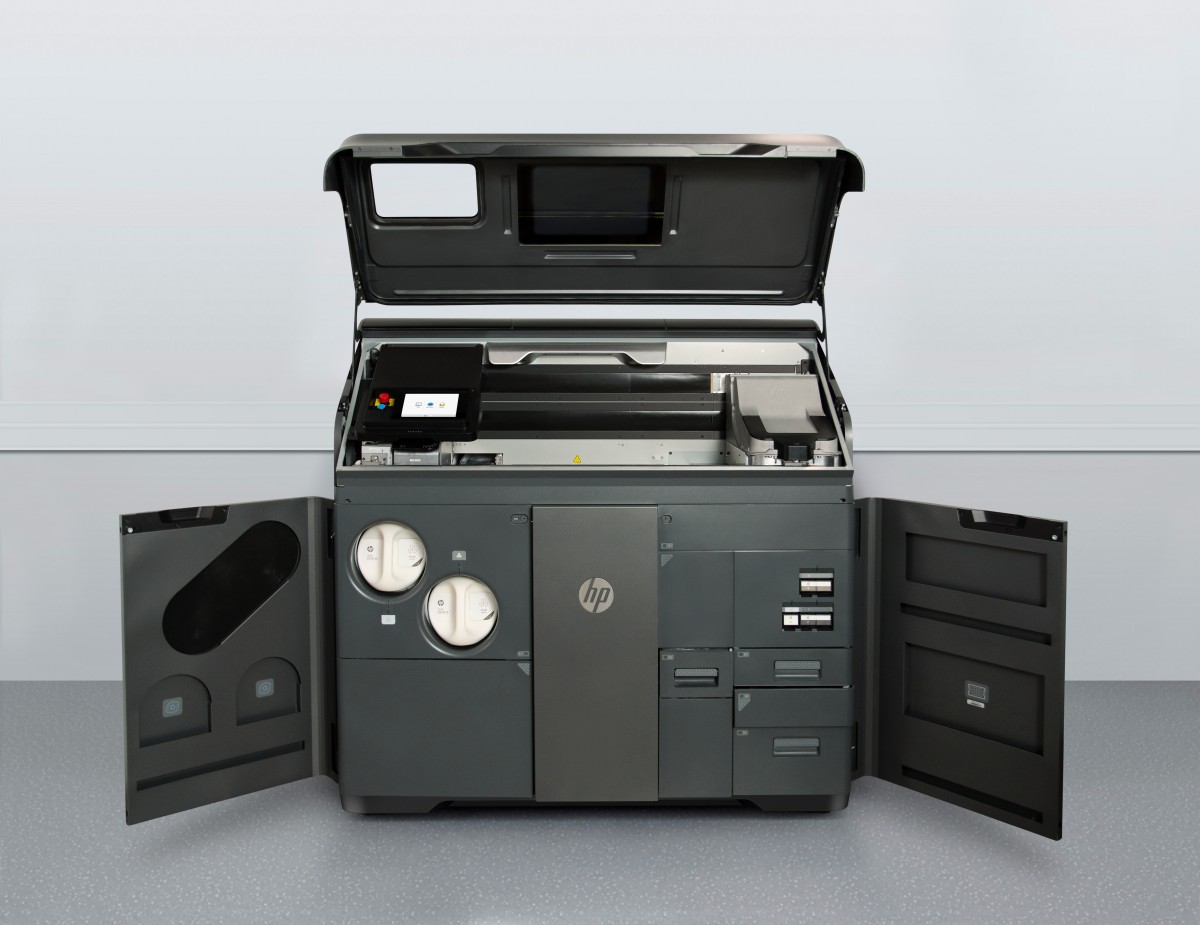 By the 1990s, it was clear that 3D printing technology would evolve rapidly. As the market finds more uses for the process, as more materials become feasible, and as the process itself begins to respond and drive development itself, there’s no doubt we’ll continue to see growth in the technology. In the last few years, that growth has manifested itself in the form of Multi Jet Fusion (MJF)  technology which takes the 3D process and amplifies the benefits in ways that will surely expand its use.

Nearly all 3D printing technology functions on the same principle called additive manufacturing. In short, it’s the construction of 3D objects (designed with 3D modeling software like AutoCAD or SOLIDWORKS) through a process of depositing material in layers which are then fused together. While the process is the same, the delivery isn’t. There are a few different types of 3D printing technologies on the market and we’ll take a look at all of them before taking a closer look at Multi Jet Fusion.

Material Extrusion– Utilizes a spool of thermoplastic filament pushed through a heated nozzle, melted, and deposited on a building surface or platform in position. The filament cools and then solidifies into the final product.

Vat Polymerization– Utilizes ultraviolet light to turn liquid into solid. Layer by layer, the image of the object is projected into the vat of liquid where the UV light solidifies the liquid. Excess liquid is drained from the vat as part of the process until all that remains is the solid object.

Powder Bed Fusion– Utilizes high-powered beams, usually electron or laser, to melt and then fuse powder material together. The process creates layer upon layer of fused powder until it has created the final product.

Material Jetting– Utilizes drops of photopolymers and places them on a build platform where they are cured and fused through light exposure. The object is then built layer by layer until the final product is produced.

Binder Jetting– Utilizes a layer of powder which then has a binding agent layered on top by printheads. The binding agent fuses and solidifies the layer and another layer is deposited with the printheads again traveling over it to deposit the binding agent. That process is repeated until the object is complete.

Multi Jet Fusion -What makes HP’s MJF 3D printer revolutionary is that it seems to combine multiple types of 3D printing technologies including binder jetting and powder fusion. That combination means it’s moving significantly faster than any other printer on the market. There is an x-moving carriage that jets material to form a bed. Then, a y-moving carriage consisting of an array of thousands of tiny nozzles jets “chemical agents” onto the initial layer deposited by the x-moving carriage. The first carriage then emits a shot of energy to fuse the layer while depositing the next layer of material. As a result, the MJF process delivers speed and control that is yet to be matched by any other 3D printing process.

There are, in general, obstacles to entering the additive manufacturing market for just about every industry or organization. For some, it’s the cost associated with the equipment and pre and post-processing while others struggle with 3D printing technology’s current material limitations (though those continue to expand). As with any evolving technology, looking for ways to mitigate or overcome these challenges plays a role in where the technology is headed.

From the costs of the equipment itself to processing and materials, the technology to produce high-quality finished products can be expensive. When one adds in the potential time needed to create a product with a lot of layers and the speed of some printers, the time spent in comparison to traditional manufacturing methods may add to the final cost.

As we discussed above, there are a variety of technologies some of which use different processes though all fall under the same umbrella of additive manufacturing. From printer manufacturers to printing processes, products may vary in quality given the variables. As a result, strength, durability, and reliability deviances mean manufacturers may be unwilling to guarantee products that jeopardize their place in the market.

Currently, the most frequently used material in the additive manufacturing process is plastics. Given concerns about the environment and the long period it takes for plastics to degrade, both the waste from the production process and concerns about the products themselves are in the spotlight.

In addition to these larger worries, there must also be steps taken to mitigate the risk to air quality in facilities that use highly advanced 3D printing technologies. Much like microbeads were an issue in our waterways, the nanoparticles released during the printing process are an air quality concern that manufacturers must address with ventilation and filtration systems.

Only in the past few years have we seen colleges, universities, and trade schools adding additive manufacturing to their curriculum. As 3D modeling and design became the norm, so will working with 3D printing technology, but, for the time being, there’s a skills gap. There will also need to be a significant effort to train and educate existing engineers and technicians in the technology. Given the cost of the equipment and the required time and cost of training, there’s definitely some foot-dragging due to the level of investment.

When 3D printing became more widely available and popular among even home enthusiasts, this issue came to the forefront in a major way. Suddenly, many people came to understand that the value of an object is not just the final product, but also the idea and design behind it. This can create significant issues in branding and provenance of parts or products and the guarantees that stand behind them. The legal implications of faulty products and parts go well beyond intellectual property (IP).

As noted above, these are some of the current challenges and the operative word there is current. As we’ve seen the technology advance and evolve to meet individual industry obstacles the expectation is that these challenges are surmountable and each new iteration of the process addresses them. Whether it’s the hardware or the material, engineers are working to figure out how to best leverage the technology across all manufacturing for all industries. 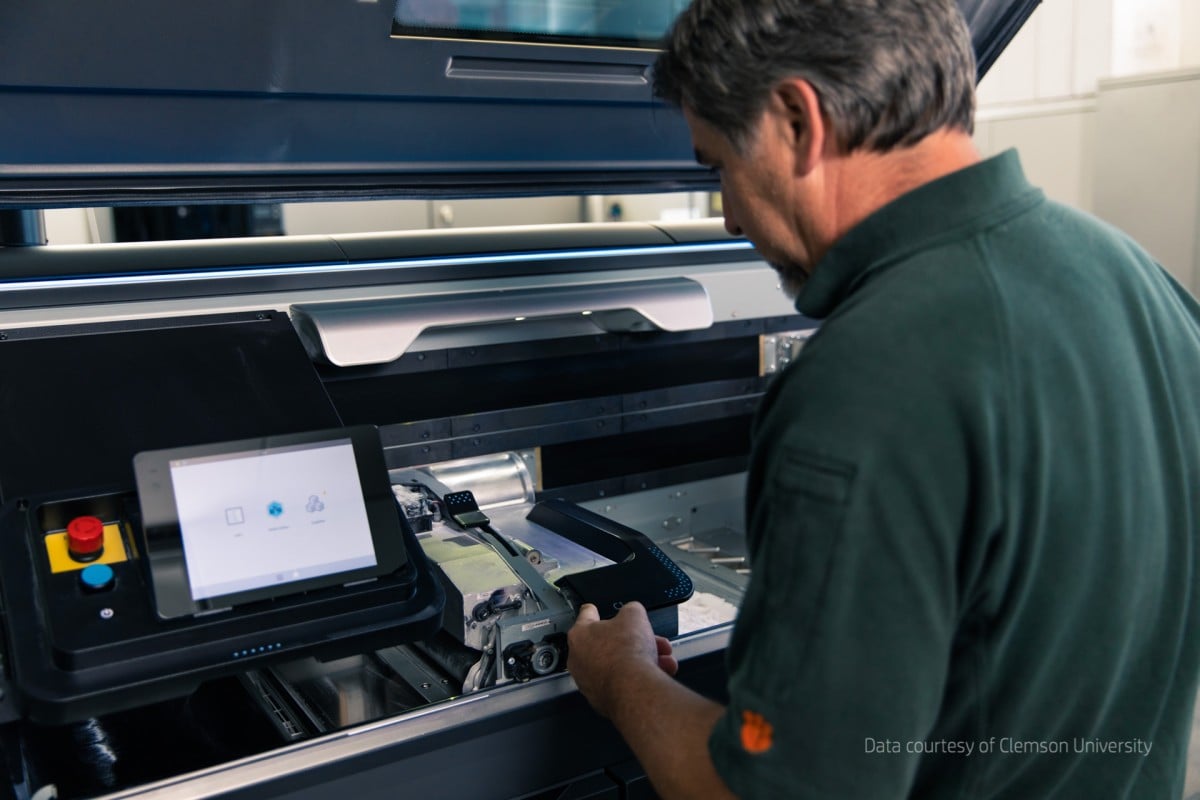 Depending on your needs and goals, choosing the right printing process and technology is a big decision. As the newest technology on the block in the additive manufacturing world, users are starting to notice some of the big benefits of choosing HP’s Multi Jet Fusion printers.

MJF competitors hover around 50% of material viable for reuse. In contrast, MJF printers range from 70-90%. There’s significantly less waste which is a huge gain in the industry.

While some other printing technologies allow limited color, HP’s printers can produce a full range of colors. That means you don’t have to worry about painting in the post-production phase, again saving time and money.

The time you save in production and post-production, as well as the ability to reuse a good portion of the materials, means you’re saving money. In fact, the HP Multi Jet Fusion printers have the lowest cost per part of any 3D printer.

When compared to other 3D printing options, the multi-jet fusion printer produces crisper edges and smoother finishes meaning, again, that you save time in post-processing procedures and you get a higher quality product.

Not only does HP have approximately 100 patents related to MJF technology, but its revolutionary process means other printer manufacturers may be playing catch up for a while, running into those patents in the process. As a result, HP’s innovative process is protected by the patents, and efforts to produce items with a similar process will likely result in patent infringement issues.

Those are some clear advantages to choosing the HP Multi Jet Fusion Printer and really what helps differentiate their product in the additive manufacturing marketplace.

Given concerns and obstacles to entering the additive manufacturing industry, the HP Multi Jet Fusion printer seems to demonstrate we’re heading in the right direction. With the cost and environmental savings, this technology already starts to address some of the challenges discussed earlier and demonstrates the potential continued evolution of the hardware and processes.

If you’re considering getting into the 3D printing game or looking to make a long-term investment, it’s time to talk to a team who can offer you guidance and expertise. Get in touch with TPM today and let us help you.