Structure Systems: A Tool Worth Your Time | TPM

Taking to the Woods with a SOLIDWORKS-Designed Ultralight Tent

Structure Systems: A Tool Worth Your Time

In the 2019 edition of SOLIDWORKS, the Structure system tool was added. This tool was designed to allow engineers to change the way they made their weldments by offering a simplified automated process that utilized points, lines, and planes for the creation of their structure. While introduced in 2019, structure systems was not widely used as it did not provide a significant boost in the efficiency of created weldments. So for the 2020 release of SOLIDWORKS, the software engineers behind the development of the tool analyzed all of the submitted user feedback and made some critical changes to the fundamental operations of the tool.

1. Options for Creating Primary Members Based on Points

SOLIDWORKS 2019 lacked the ability to provide more detailed end conditions to the members of the structure created (Fig 1.). This in turn made it difficult to justify the use of the tool when

compared to the traditional weldments tools. In SOLIDWORKS 2020 this issue was addressed with the addition of three new possible end conditions (Fig 2.). Length, up to point, and up to plane were added to the list of end conditions. This allowed for new methods in which to create members of a structure, and more importantly, allowed for increased speed and efficiency in the creation of a structure system.

The ability to split members was greatly requested as a feature in SOLIDWORKS 2019. Upon its addition in SOLIDWORKS 2020 (Fig 3.), users are now able to split created members with other members in the structure system. 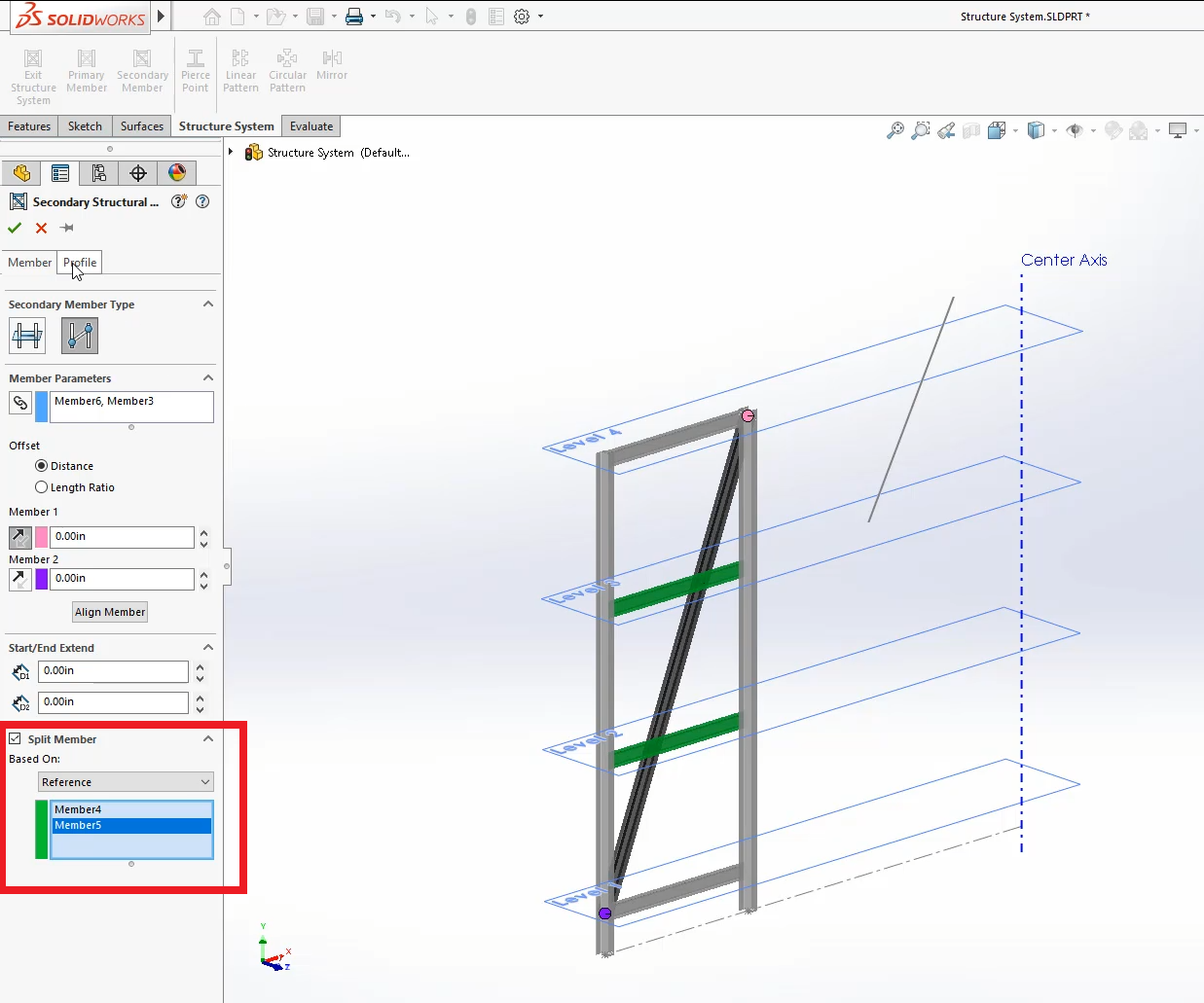 The ability to split members based on reference members allows the user to quickly cut members into sections so that there is no overlapping weldment geometry. Previously in SOLIDWORKS 2019, users had to create the Structure system and then exit the feature to utilize the trim extend tool. Now this process is greatly streamlined as the user can now directly trim the corners of the split members using the built-in corner management tool. 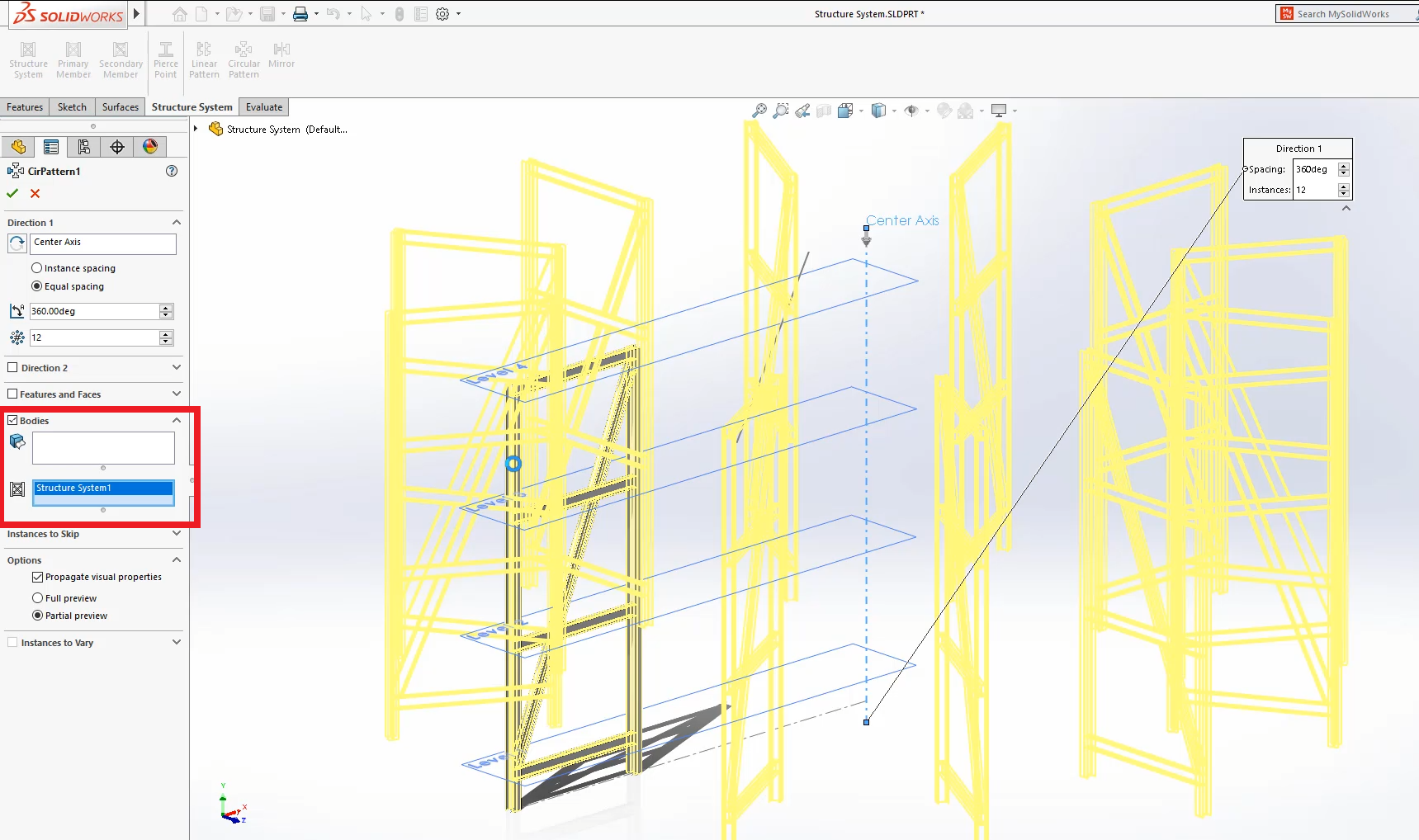 In addition to this new feature in 2020, SOLIDWORKS will now recognize your patterned or mirrored structure system entities so that they can be further used in other structure system creations.

While the traditional weldments tools that are available in SOLIDWORKS are still the king of creating multi-body structures, these three new additions to the structure system tools are enough to catch the eye of an engineer who spends a lot of time creating weldments, and perhaps offer a new way to perform an old workflow.

Thanks for joining us for this week’s Three Minute Thursday! Want to learn more? Check out our Training Courses created specifically for SOLIDWORKS users. Pushing and Pulling Shapes in xShape